In this course, students will design, code and play their own 3D worlds with Roblox Studio!

Students code using the programming language Lua which is currently the leading scripting language used in games. Roblox’s special version of this language – Roblox Lua, enhances the experience as students manipulate environments and program while having fun.

From Obbys (obstacle courses) to creating Simulator Games, our Roblox Studio Code classes allows kids to publish the games they make – showing friends why Roblox Lua is so awesome!

Level 1: Learn about Roblox Studio and its many tools. Dive into Roblox Lua and how it helps express game functionality. Projects touch on various topics: how to build a tower, dialog between characters, make signs, create start buttons, and move platforms. Students create an Obby (obstacle course) where they put their fresh programming skills to the test!

Level 2: Expanding on Roblox Studio/ Roblox Lua knowledge, students work on character design, code a Story Game that comes to life in a desert, and build a Soccer Game.

Level 3: Simulator Games are very popular. In this level, the entire process of making simulator games is broken down and explored from beginning to end. From ServerScriptService to dealing with RemoteEvent, students dive into an environment that challenges them. Students also participate in a series of experiments which explores different types of loops.

It is HIGHLY recommended students have a mouse for this class. It is very difficult to use Roblox tools with only a trackpad.

Roblox and Minecraft are both exciting platforms for your kid to enjoy, either on their own, or in a formal learning environment. Join us as we look further into the similarities and differences between these cool worlds and fun games. Please note, our classes take place independently in downloaded versions, or online in closed, supervised group environments. Both are safe places to learn and play!

The newer of the 2 game sites, Roblox is slightly more popular than Minecraft. In fact, this platform boasts that over 50% of America’s kids under 16 play games on it. This exciting gaming platform is supported by an online community of rookie developers who actively design and share millions of games.

Roblex has just two: Play and Create. Kids can download and play games designed by others and earn digital currency to buy items to enhance their gaming experience in Play mode. Players in Create mode can invent their own games in Roblox Studios by using new code acquired in the Lua programming language. The sky’s the limit in this mode, youngsters’ projects range from creating cool chill spots for friends to developing groundbreaking games which can potentially be played by thousands of users.

Roblox is 100% free and downloadable as an app on Android and iOS devices and also available on Xbox One and PCs. The downloading of Roblox Studios, which is cost-free, is a must for game creation. Outside of class, for our students who may want to enjoy a wider Roblox platform where they can chose to buy select items and have access to top games, a monthly subscription is required. Costs currently range from $4.99 to $19.99 a month depending on the level you choose.

This platform is popular with over 120 million monthly users world-wide. There are only two rules here: go wild with your imagination and have fun while doing so. Minecraft’s instructions lie in its name. Students ‘mine’ or get blocks and use these acquired blocks to ‘craft’ or make a world in which to play.

What’s cool about this platform is that it's adaptable to the interests of your individual youngster. Whether that’s building skyscrapers, playing astronaut with aliens, acting like a lion tamer or being farmer Jane, all is possible on Minecraft. Play on this digital sandbox has four active modes: Creative, Survival, Hardcore and Adventure. In Creative mode, resources are only limited by your child’s imagination. Kids get to battle the elements and obtain needed tools in Survival mode. Hardcore mode fans play to their demise and lose all hard-fought tools if they succumb to it. Beginners like Adventure mode since they can play on maps created by more experienced players.

In a sense, the entire platform operates in Creative mode, since every aspect of what kids see is subject to redesign using ‘mods’. These modifications are free to download and they alter backgrounds to fun themes like Jurassic, medieval, etc. Mods also allow them to change block colors and even create superheroes. With a little Java programming language study under their belt, young coders can edit the game’s source code and even make mods of their very own.

The PC edition is the most popular because all the cool features are on deck and games run generally without a hitch. The Java Edition is a great choice for young gamers who like to edit code until their little fingers go numb. This version currently has a one-time cost of $26.95 which gives your kid lifetime access.

How Can My Kids Use Technology Responsibly and Safely? 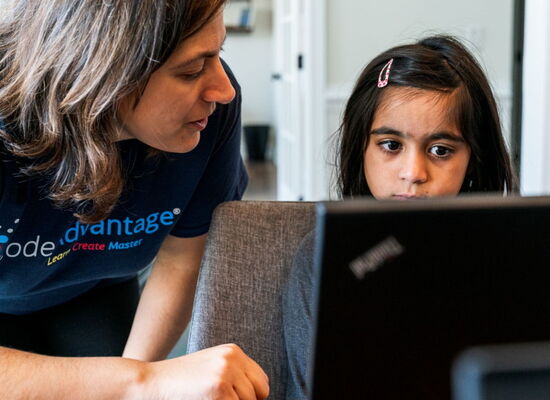 Speaking To Your Kid About Their Coding Classes 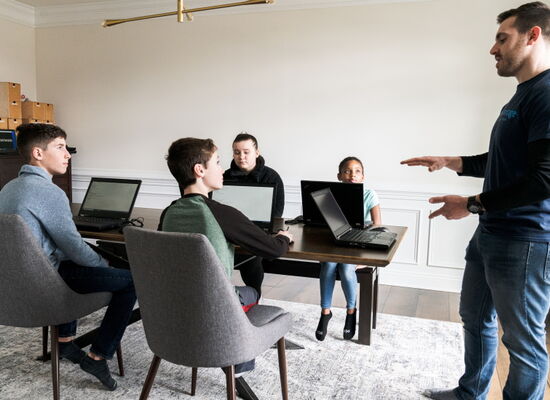