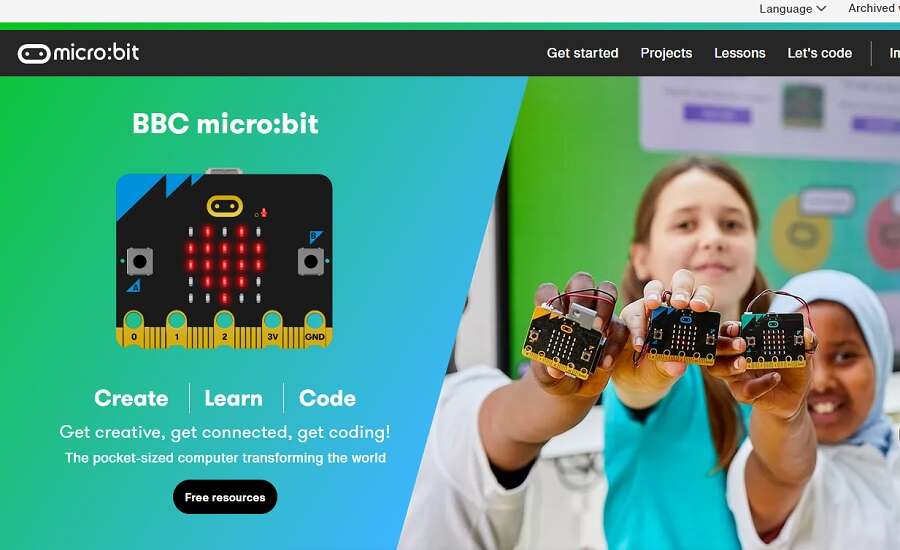 What is a micro:bit?

Gone are the days when budding coders needed a clunky desktop to learn programming. Today, kids can use a micro:bit – a pocket-sized computer developed by the BBC, that introduces them to how software and hardware work together and helps them to learn to code. Programmed via web or mobile apps and equipped with a variety of different input and output features – light, sound, movement, temperature and even magnetic field sensors – micro:bit provides countless fun and educational activities which are perfect for hands-on learners.

Languages and apps for coding with micro:bit

There are two web-based editors on the micro:bit website that kids can use to program their micro:bit: Microsoft MakeCode and Python.

Microsoft MakeCode is used to write block-based or text-based code for micro:bit. As block-based languages (also known as visual programming languages, or VPLs) are better for new coders, Microsoft MakeCode is the perfect way for kids to start their coding journey. Similarly to other popular VPLs like Scratch, kids write their micro:bit program by dragging and dropping colour-coded blocks. Block-based coding on MakeCode is simple but powerful enough to make use of all of micro:bit’s capabilities and features. What’s more, MakeCode provides a window into text-based coding, as the code editor can be switched into JavaScript view to see what lies behind the blocks.

Alternatively, Python can be used to program a micro:bit. Python is one of the world’s most popular coding languages, a text-based language used in industries such as AI, data science and machine learning. However, as its syntax is more similar to standard English than many other text-based programming languages, Python is simple enough to be learnt by kids as young as 8.

After writing their code on these editors, kids can download it, pair their micro:bit to the computer via USB, and drag and drop the .hex file into the micro:bit drive. If they have a micro:bit with the latest firmware (a type of software that makes devices function properly and can be easily updated) and a Google Chrome browser, programs can be sent directly to the micro:bit via WebUSB, eliminating the need to redownload and drag and drop the new code each time it is updated.

As well as using the web-based editors, micro:bit can be operated via mobile apps for Android and iOS. After pairing the micro:bit with a mobile device, programs can be written and sent to the micro:bit directly from a phone or tablet. This means that kids can learn to code using even basic and inexpensive hardware.

What features does micro:bit have?

What can kids code with micro:bit?

With all of these features, micro:bit can be used for countless experiments, games and other activities. There are plenty of tutorials on the official website to help kids make the most of their micro:bit. Potential projects include: