Take It to The Next Level, with Private Coding Classes!

Available In-Person and Online (depending on location)

Sometimes we want to give our child a boost—really nurture a blossoming interest or skill. With our online and in-person tutoring options, your child is our number one priority.

Instruction style, content, and activities are all geared to make them light up and dig in to the exciting world of code.

Our private (online or in-person) coding classes can help satisfy your 6-13 year old's need for engagement, enrichment, and growth. You pick the days and times that fit best with your schedule, we provide the Rockstar Instructor, an exciting project-based coding curriculum, and the FUN!

Our instructors wish they had this experience when they were kids!

Private coding classes can run with one or two learners and are purchased in packages of ten hours.

Private and Semi-Private Class Pricing
One or Two Learners

Benefits beyond the class. 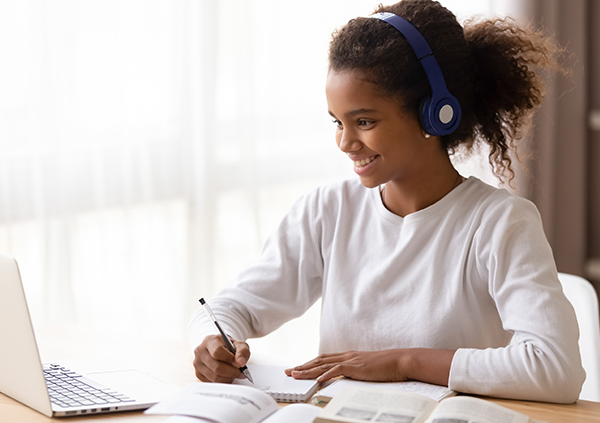 Your child can become a Certified Pro by following our class progression to achieve expert status in block coding, game design, AND real world coding! We award digital badges and certificates after completion of each coding module to acknowledge your child’s achievement! 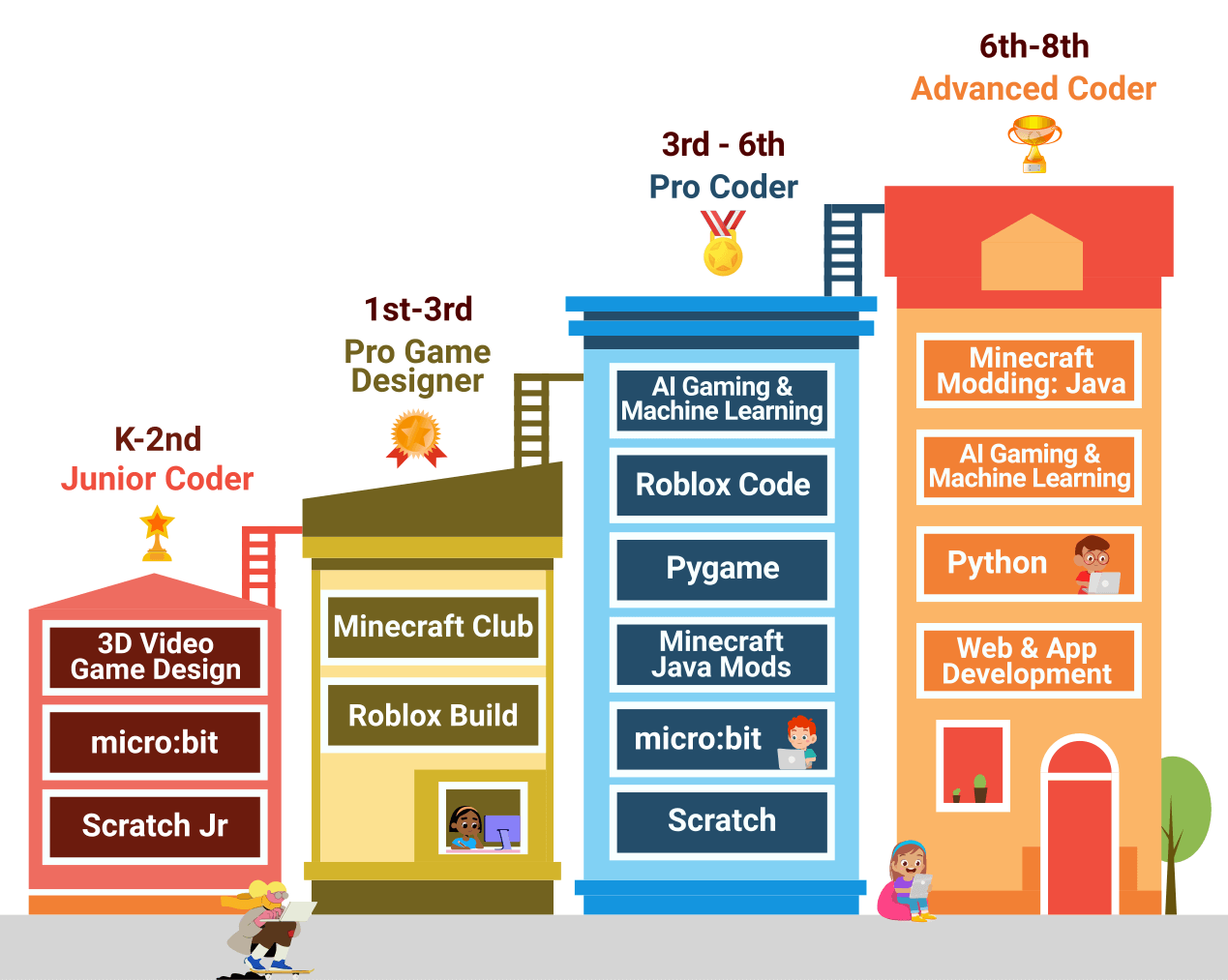 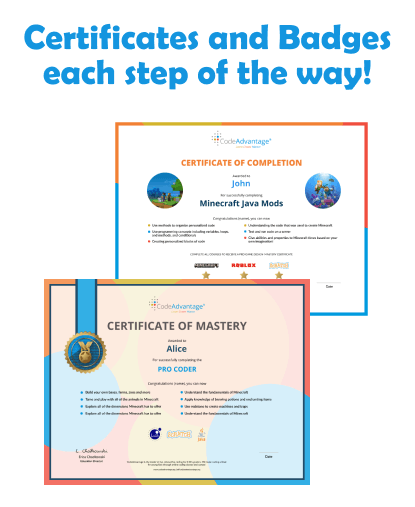 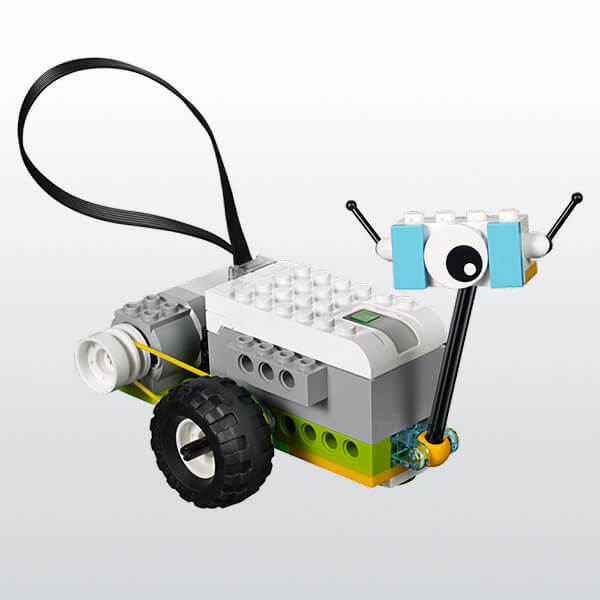 My Friends Online and Private Online learners can also take LEGO ® – based robotics classes. These classes are a little different in that they require the purchase of the LEGO® Education WeDo 2.0 Core Set kit. For more information, please visit our Robotics Page.

The link will bring you to an online form where you can submit your details and scheduling preferences. Our customer service team will reply with instructor availability and answer any questions.

CodeAdvantage featured in the press:

Unlike your child’s math class, coding has no tests, no grades. The only measure of success is practical – when your child can write a successful code. And as long as they’re learning, it doesn’t matter what they’re coding – so why not make it something fun? Several games exist which can teach your child basic coding skills, and the draw of playing the game not only pushes them to learn but gives them a fun way to test their creations for needed tweaks.

There’s a dizzying array of apps and websites to teach coding to kids, so finding something age-appropriate that works for both your kid’s device and your budget is easy enough. But there are a few mainstays that you should consider, with pedigrees like Microsoft and MIT, which are invaluable tools for introducing your child to coding.

With a simple interface allowing kids to code simply by dragging and dropping tiles, Kodu is a fabulous introduction to coding. Two sets of tiles represent WHEN and DO actions and can only be connected if the coding works – an error-proofing design that helps your child rapidly learn the logic of coding. The purely visual interface lets children as young as six create 3D games in a relatively short time, while building the logical and practical skills to move on to more advanced coding later.

While the games on Scratch look simpler than Kodu’s, the coding is more complex. The shaped blocks representing code have text labels and need certain properties typed in (though like Kodu, Scratch’s blocks are shaped to only fit together if the respective codes go together). Scratch’s interface offers more of a bridge between purely visual code and typed coding languages your child may use later. Scratch also offers a large online community to share and collaborate on games for additional reinforcement.

Our Scratch class will let your child have fun creating games while also learning the skills that can transfer to languages like Java and Python later on.

In response to the popularity of Scratch, a simpler version was created for younger children. With a smaller set of commands and a purely visual interface, Scratch Jr allows even children without developed reading skills to create simple games or just tell stories, with dozens of stock characters (and the option to create their own), and simple building-block programming to make them move, change, and speak.

With our Scratch Jr class, your child will be able to create their own story or game while developing their computer skills.

Roblox is one of our favorites because its wide popularity means most kids have at least seen it, if not played it, and have a general idea of how it works. And while the Lua programming language it’s based on is more advanced than the visual languages used by Scratch and Kodu, the built-in tools allow even young children to master the basics. Lua is also used widely by professional programmers, and the skills involved can translate to even more popular programming languages like Python, meaning Roblox can give your child a gateway into a marketable skill later in life.

We offer classes for two different age groups - a Roblox Build class for 6-8-year-olds on using Roblox Studio, focused on using its tools to create games; and a Roblox Code class for 9-11-year-olds, with a focus on the Lua programming language and more complex aspects of game coding.

Minecraft uses Java, an advanced programming language that makes it the most difficult game for kids learning to code. And Minecraft lacks the tools of other games, so the learning curve is steep – but the sheer popularity of Minecraft outweighs this for many kids.

When they do learn Java, your kid will be able to create mods for Minecraft – tweaks to the game that can change anything from appearance to gameplay. They would essentially be creating their own version of the game, from details as simple as changing their character’s outfit to creating new objects or resources for more advanced programmers. Once your child learns to crack the game’s code, anything they can imagine is possible!