Which Coding Languages Should My Child Learn and Why 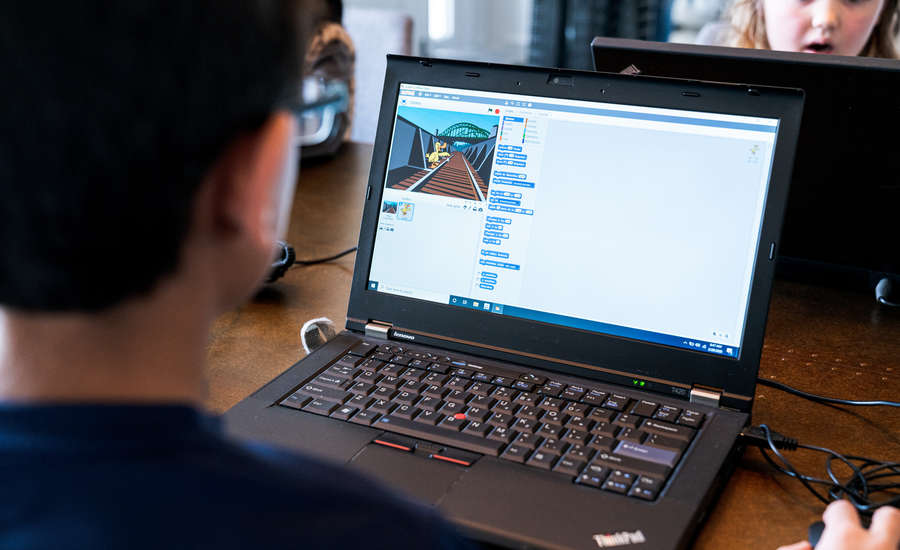 Which coding languages are the best to learn?

There are a number of different coding languages available for children of all levels, from visual programming languages which substitute complex syntax for colourful icons, to professional-level textual interfaces which give a glimpse of real-life coding. Children can learn various programming languages with CodeAdvantage. This compelling learning experience uses engaging activities to develop your child’s STEAM competencies, teach problem solving, critical thinking and analytical skills, and hone their creativity to create an independent final project.

Kodu is a game development platform in which simple visual elements are combined to create games for PC and Xbox. It is a perfect entry-level platform for young children, which is free to download and can be run on Windows operating systems, Xbox 360, and low-specification hardware such as tablets and phones.

As a gateway to programming, Kodu has a visual-block interface which does not require any typing abilities. Icons with simple text labels are combined to create rules and actions in an elaborate 3D game world. Rather than incorporating many complex programming elements before seeing the finished product, with Kodu children programme simple WHEN/DO functions and can immediately see how their programming translates into the 3D world on the screen. Its colourful interface is attractive for young children and introduces them to the basics of coding in an appealing way.

Scratch is a very popular programming platform for designing interactive stories, games, and animations. It is a visual-block kids coding language which was created at the Massachusetts Institute of Technology (MIT). It has been designed for older children between the ages of 8-16 and is closer to real-life programming than Kodu. Scratch is free to use and can be run on most web browsers, including Safari, and on computers, laptops and mobile phones. Via the Scratch app, children can also use the platform without an internet connection.

Scratch is a more complex visual programming language through which children will learn about concepts such as coordinates, variables and conditionals. Scratch offers a wide variety of fun activities, giving children programming freedom and a meaningful personal connection to coding. Their creative skills will flourish as they build virtual 2D worlds, design and animate characters to make stories, and even create music! Children can develop their own projects from scratch and share them to the platform’s website, which can be incredibly motivating. Alternatively, they can download and ‘remix’ existing projects, and get some inspiration from more advanced users. This is a good way for children to learn about media literacy, copyright, and ethical reuse of what they find online.

Python is a text-based interface more appropriate for older children and teenagers. It is considered one of the easiest languages to learn but is still a professional-level language used by software developers. It is a free platform which works on the operating systems of Mac, PC and Linux.

As a multi-purpose language, Python gives children the freedom to develop many different types of software, from apps to games to websites. Children may be interested in the fact that many of their favourite sites, such as Instagram, Google, and YouTube, were created on Python! They will learn to master much more complex programming functions and data structures; however, Python is renowned for its simplicity in comparison to other textual languages, making it suitable for young people. As Python is one of the most in-demand languages in industry and is used in a diverse range of fields, knowledge of the language can provide a springboard to future programming opportunities. What’s more, as an open-source platform, children can even edit Python’s source code as they improve their programming skills!

Java is an advanced programming language used widely in industry for over 20 years, and is the most widely used coding language on the planet. It is a multi-platform language forming the backend of popular sites such as Facebook, Google and Amazon, and the basis of the Android operating system. It is an in-demand language amongst employers and is frequently taught as part of school curriculums. In short, Java is a very useful coding language and can be learnt from introductory all the way to professional industry level.

Children are primarily attracted to Java for its gaming and app development opportunities, in particular the chance to do mods in Minecraft (modifying the game’s code to create their own rules which don’t normally exist in the game!) Children generally transition to Java when they are ready to work on a text-based interface, have some experience on Scratch or Python, and are acquainted with the basics of programming such as variables, if statements, loops and functions. Children will learn to fit together many elements of programming and meticulously check their code, which will highly develop their problem solving and analytical skills. Luckily for budding coders, the online Java community is enormous, so support is easily found. Additionally, Java can provide a useful springboard for those wishing to progress to even more complex languages in the future.